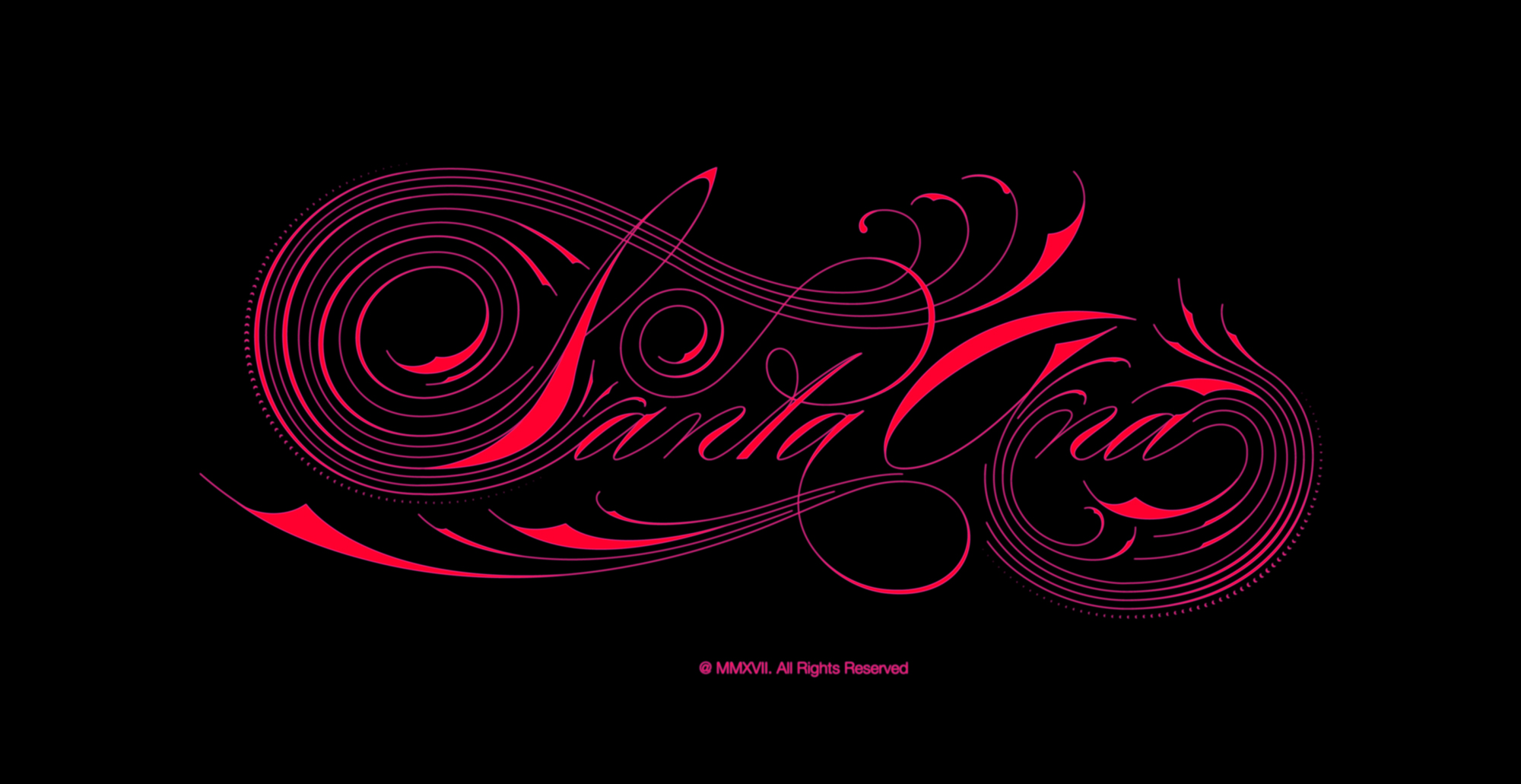 Lettering for the opening titles of the upcoming documentary Santa Ana. Santa Ana is ultimately a project about evil, violence and fear using the wind and its cultural connotations as starting point to investigate the relations between the inhabitants of the USA and their environment. Despite of investigating the wind’s literary and supernatural connotations the project is very connected to the reality, the reality of a country where the conflicts derived from racial tensions and immigration are evident, now more than ever.